Olympic Stars, Professional Center of Rhythmic Gymnastics and Ballet, is happy to start academic year 2019-2020! We have got so many plans and ideas for our beautiful gymnasts! New aims, new achievements, new victories!

For registration please contact 70668493 (phone or WhatsApp) or email info@olympicstarsdoha.com. We have classes every day (except Friday). Prior the registration you can book a free trial class.

We have groups formed by age and levels (beginners, middle, advanced, pre-professional and professional). Every family can choose the most suitable development program for its girls. 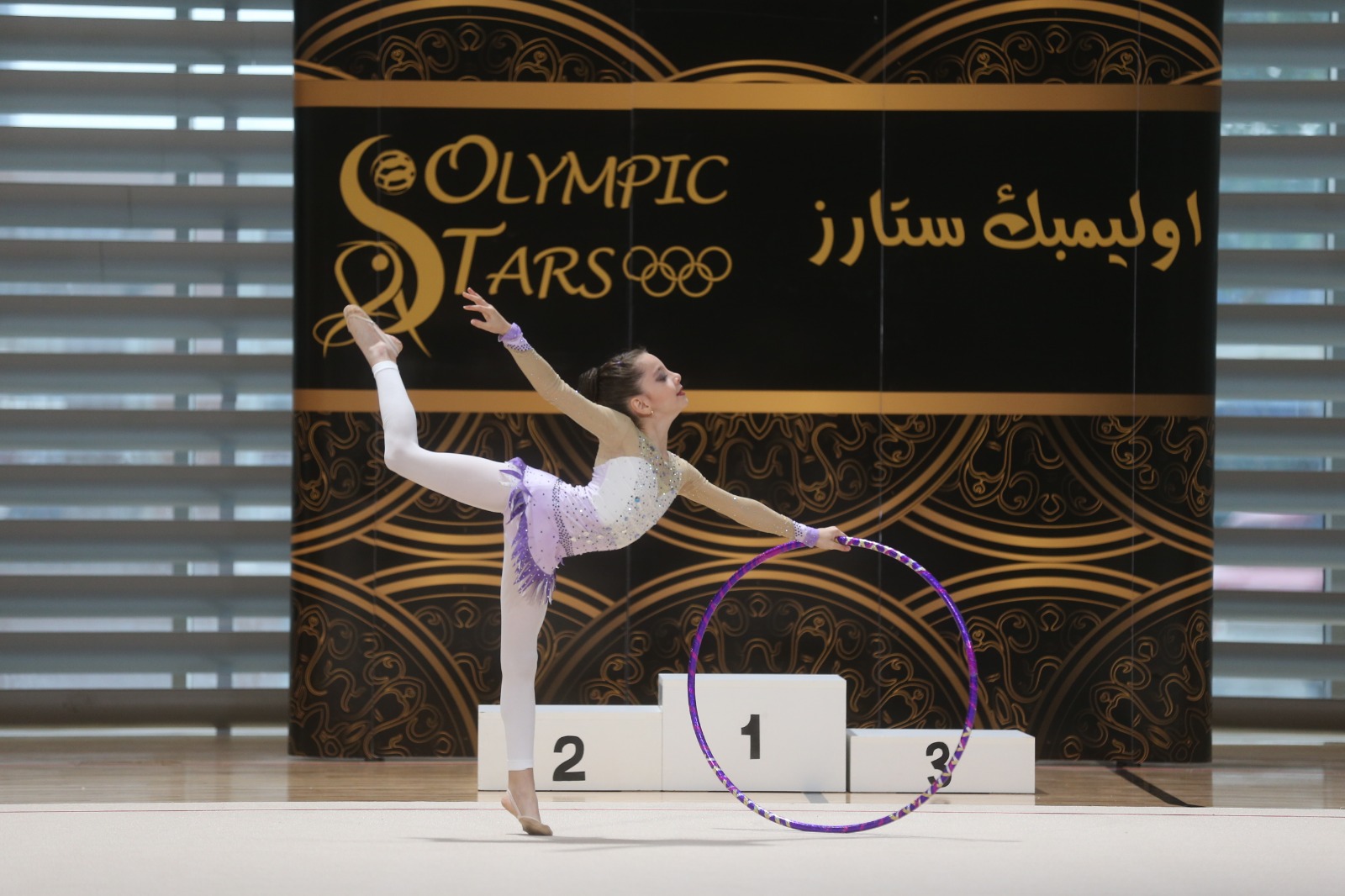 The II Annual Olympic Stars Rhythmic Gymnastics Championships took place on the 27th April 2019 at the Ali Bin Hamad Al-Attiya Arena. Nearly 200 gymnasts participated and their hard work over the year was recognised with many receiving awards for outstanding performances.

Huge congratulations to all participants for taking part and express our thanks to the volunteers who helped the successful day to run so smoothly.

The final weekend of March saw Olympic Stars participate in the international competition of the season at The Beirut Gymnastics Challenge, Lebanon. The competition was not easy with 12 countries, including Egypt, UAE, and countries across Europe and Asia being represented. The weekend began with the Under 10 category. For Habiba Elzeny, Tiara Rakotonirina, and Rita Salem this would be their first international competition and all performed spectacularly. For Tiara and Habiba scores were their personal bests, while Rita received the title of ‘Miss Photogenic’.

Next up was Elena Simon and Marisol Aguirre. Their sheer determination since being invited to join the professional team less than one year ago was rewarded by the judges with Marisol taking the bronze medal and Elena the silver for their hoop routines.

Seasoned professionals Bessant Yasser, Panse Yasser and Katia Kamal were up next with each performing two routines. The girls represented themselves and the club with honour. Bessant took away bronze for her ball routine, silver for clubs and bronze all-around, Katia won silver medals for ball, hoop and in the all-around category, and Panse was awarded ‘Miss Tournament’ for her outstanding performances.

Coaches Tatiana Yakimova and Jade Faulkner oversaw the weekend with Tatiana adding, “We are so proud of all of the girls for their performances this weekend, we are seeing such improvements from when Olympic Stars first began in 2017. We are looking forward to the future now that we have established our place on the international circuit”.

The weekend finished with a Master Class with 2016 Olympic Bronze Medallist, Anna Ritzatdinova. The team came away full of inspiration and motivation ready to work toward the 2020 season. 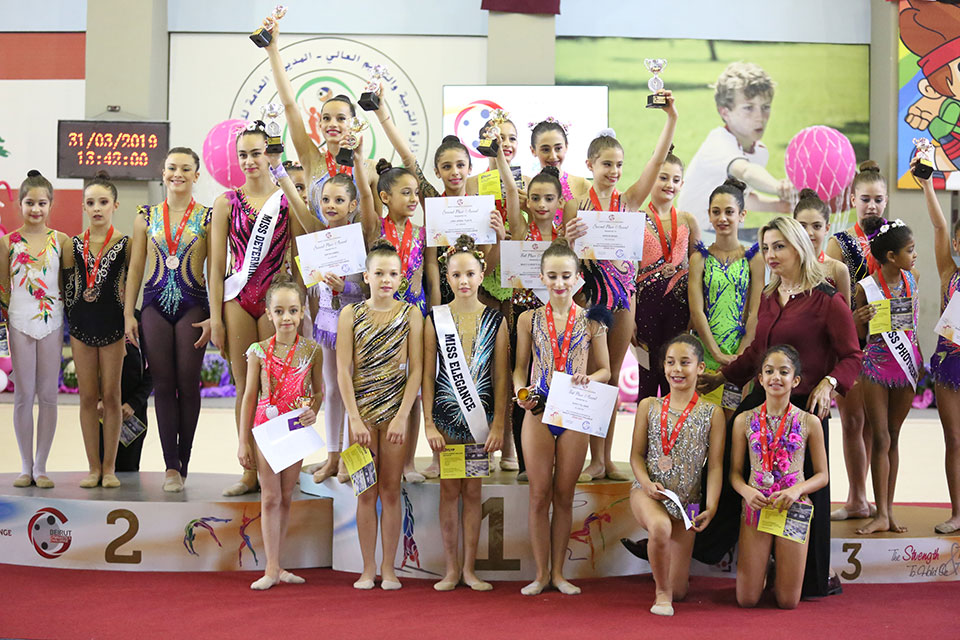 In honour of Qatar National Day

On December 8th, Olympic Stars hosted a gymnastics show in honour of Qatar National Day. The girls’ performed their best gymnastics and ballet, showcasing an impressive demonstration representative of the girls’ dedicated efforts in training every week. We are incredibly proud to for our young girls who are so passionate about gymnastics. 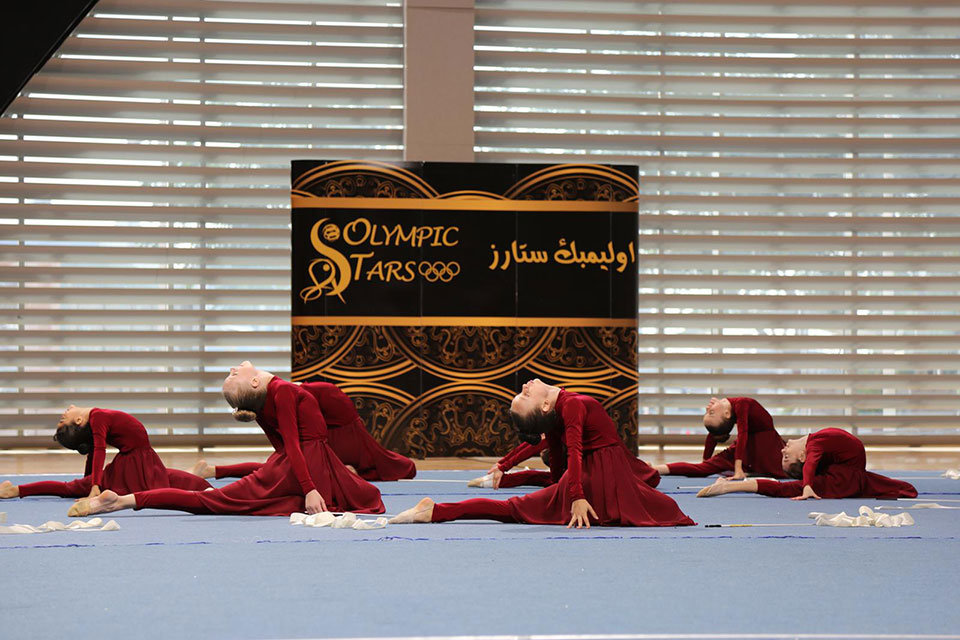